AWS is one of the few companies that actually try to take less money from their valued customers. Take the Trusted Advisor as an example. A web application available to everybody with an AWS account that will tell you where you are spending too much money on AWS resources. Resources you don’t use or are underutilized. It will tell you exactly how much money you can save by downgrading instances, removing idle load balancers or downsizing EBS volumes.

We at Cloudar try to incorporate that same philosophy. We actively seek for ways to make our customers pay less money for more or less the same level of service.

One way we could save quite some money for one of our customers recently, was by starting to use the newly introduced HDD drives. They are the answer to all your backup to disk needs.

Previously, using magnetic storage (standard) was not always a valid option. The max throughput was considerably lower than the throughput of an ssd volume. Another issue was the maximum volume size, which was 1 TiB. If you needed large amounts of data to be stored on disk, this was not always enough. 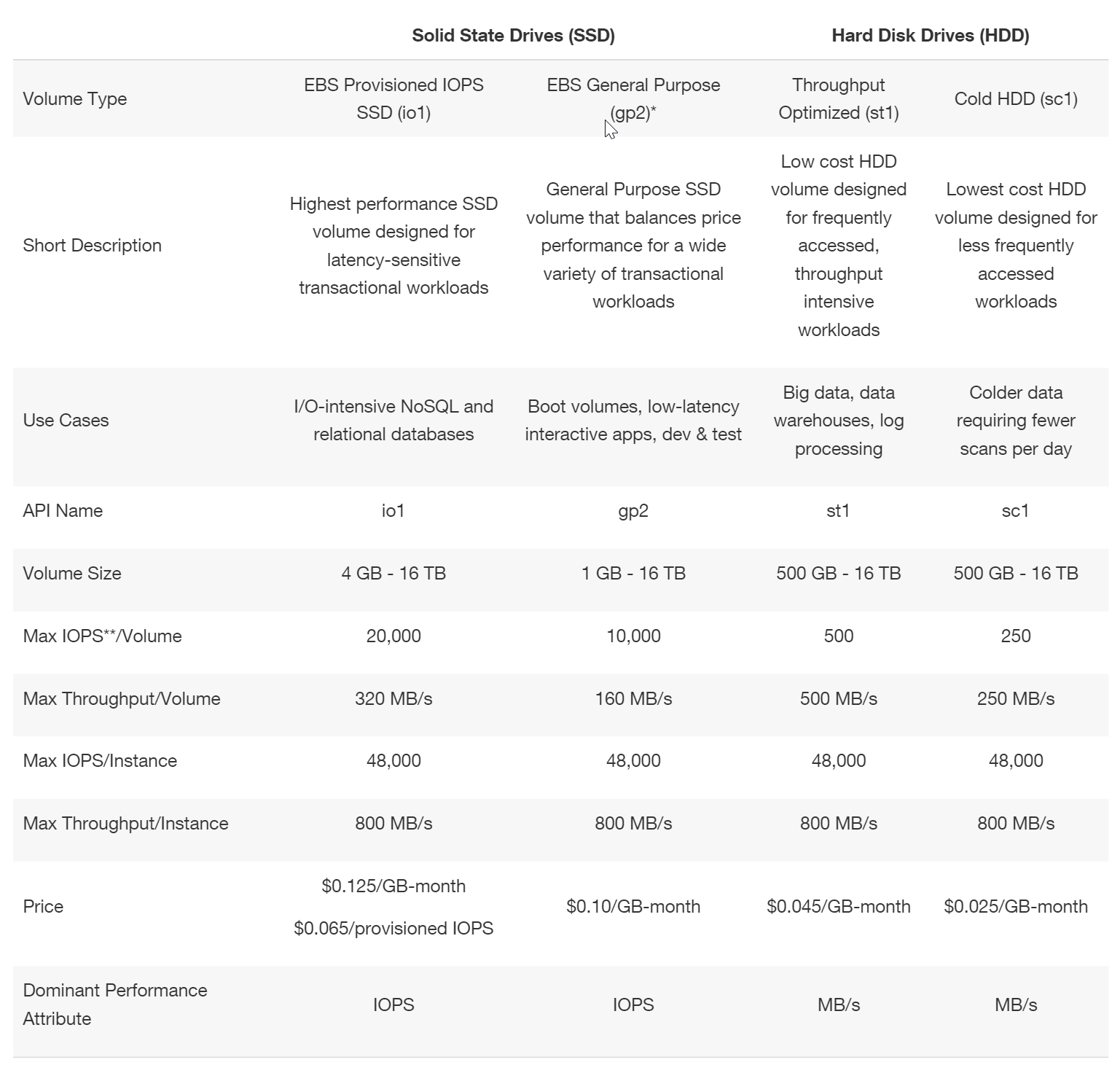 ave a customer who was, for reasons mentioned above, backing up Oracle to disk on ssd. Right when we received the message from AWS that sc1 storage was available, we contacted our customer and asked them whether they wanted to cut their EBS cost for backup to disk in 4.

Looking at the figures (https://aws.amazon.com/ebs/details/), sc1 is the ideal volume for backups. It is cheap (one fourth of the price of ssd), and has a high throughput. In fact, it has a considerably higher throughput than a standard ssd volume! This at the expense of IOPS, where ssd still is king. But for backups, random IOPS are not important, throughput is.

And not only is it one fourth of the price of an ssd disk, it is even cheaper than S3 standard storage. And it is a lot cheaper than what you pay for S3 storage to store your snapshots. In case you were unaware: storing snapshots on S3 is not at normal S3 cost. It’s more than 3 times the cost of s3 storage. All things you need to keep in mind when finding the best scenario for you. 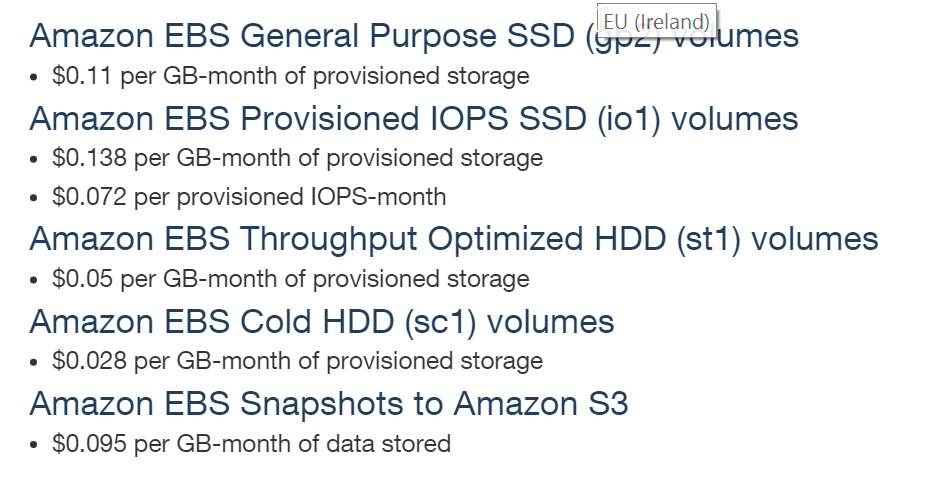 So that day, our customer dba started to write his backups to the new sc1 volume. The result? No change. It took exactly the same amount of time. What does this tell us? First that the disk probably was not the bottleneck in this scenario. It’s more likely that Oracle could not deliver the data fast enough to hit any limits on disk level. Second, sc1 is an alternative to ssd in distinct cases. Third, the customer now pays 1/4 of the price for his backups. It saves him a few thousand dollars per month. He is happy.

I would urge you try it out for yourself. Just add an sc1 disk (or an st1 depending on the scenario), and do the test. It’s cheap to test, and easy to throw away if it doesn’t suite your needs.

So always be on the lookout for new AWS announcements. One day, you will be able to save some dollars. Dollars you can then spend on other cool AWS features. Or, of course, on beer. 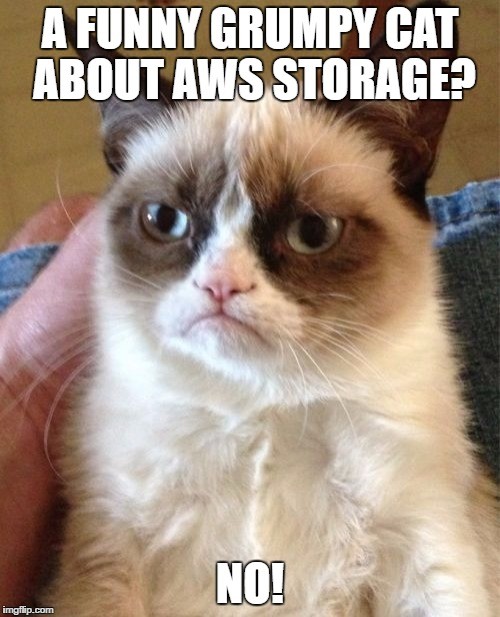 P.S. Prices in this post are for eu-west-1. They can differ per region and are subject to change.